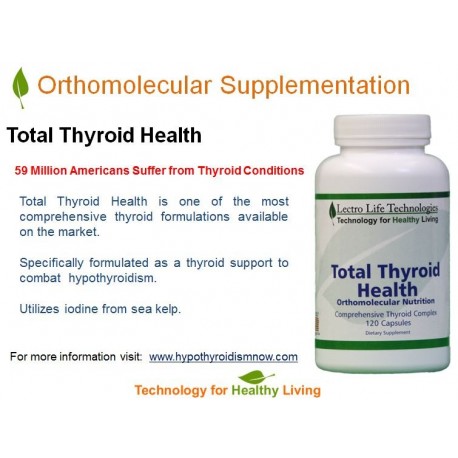 Total Thyroid Health is a specifically formulated to support the thyroid in the war against hypothyroidism.

This product is no longer in stock

LECTROLIFE RETURN POLICY
No returns will be honored on the following:

These items are non-refundable purchases UNLESS they are faulty at which time they must first be returned before a replacement can be issued. An RMA MUST be obtained prior to returning the product. Upon receipt of the return, the product will be inspected. Faulty items will be repaired or replaced at the manufacturer's discretion and ground return shipping fees will be reimbursed with proof of shipping receipt.

If the item is determined to not be faulty no refund will be issued and the item can be returned back to the customer at the customer's expense if they so choose.